TOKYO – ANA Holdings Inc. said Friday it posted a record net loss of 404.62 billion yen ($3.7 billion) in the last fiscal year, hurt by a pandemic-caused slump in travel demand, but it expects cost-cutting efforts to help it return to profitability in the current business year.

Its cost-reduction steps such as canceling flights and scaling back its fleet failed to make up for a plunge of over 70 percent in total passengers amid the COVID-19 crisis, which has hit the global airline industry.

“We faced a never-before-seen drop in demand for both domestic and international flights due to the pandemic,” ANA President and CEO Shinya Katanozaka told an online press briefing.

But the Japanese airline aims to swing back to profitability in the current year through next March, forecasting a net profit of 3.5 billion yen, as vaccine rollouts around the world are expected to revive travel demand for domestic flights much faster than for international routes. 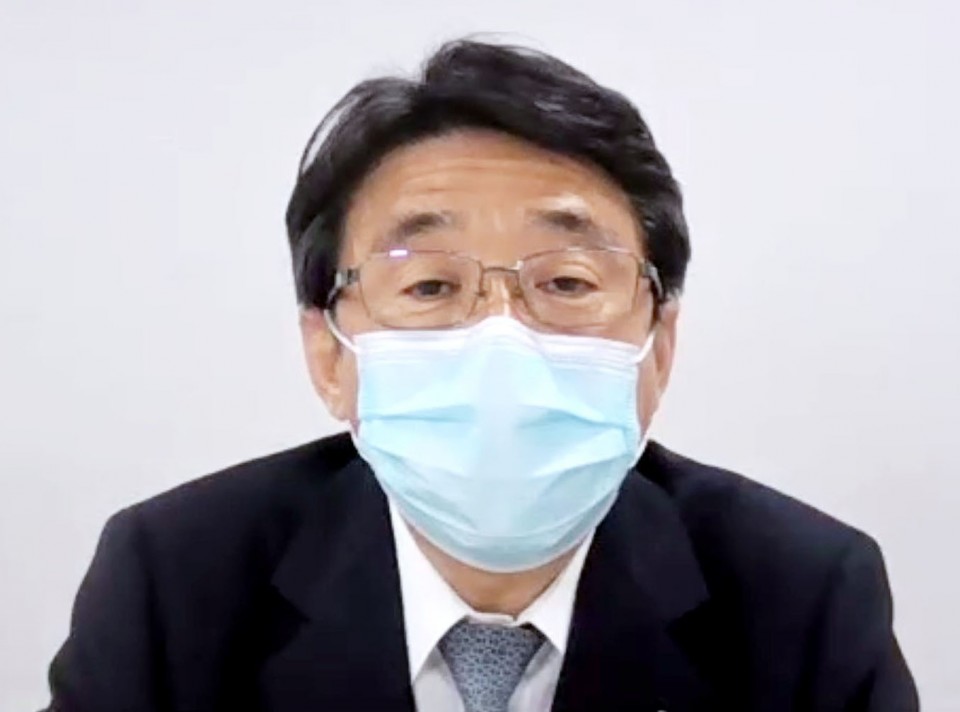 ANA Holdings Inc. President and CEO Shinya Katanozaka speaks at an online press conference on April 30, 2021, as seen in this screenshot image. (Kyodo)

Katanozaka said the worst has yet to pass and vaccinations hold the key to recovery.

“Demand is expected to recover, raising the top line for both domestic and international flights and we have been making more progress in cutting costs than planned so we can become profitable again,” Katanozaka said.

Sales are forecast to rise 89.4 percent to 1.38 trillion yen with operating profit projected at 28 billion yen this fiscal year, as the airline looks to reduce costs by 300 billion yen.

Japan is struggling to curb coronavirus cases with a third COVID-19 state of emergency declared recently covering populous areas including Tokyo and Osaka until after the nation’s Golden Week holidays end in early May.

By the end of March 2022, ANA expects demand for domestic flights to return to near pre-pandemic levels and for international flights to about 50 percent.

In the last fiscal year, its aviation segment incurred an operating loss of 447.8 billion yen. Domestic passengers fell 70.5 percent to 12.66 million, while passengers on international flights dived 95.5 percent to 427,392 due to travel restrictions, according to ANA.

Despite the dismal results, international cargo demand was robust for the transportation of semiconductors, electronic devices and auto parts.

ANA had initially projected a massive 510 billion yen net loss for the year but trimmed it. To become leaner, ANA reduced its fleet, mainly B777s suitable for longer-range flights, bringing the total to 274 aircraft at the end of March from 303 a year earlier.

The International Air Transport Association expects a net loss for the airline industry of $47.7 billion in 2021, lower than an estimated $126.4 billion in 2020, pointing to lasting financial hardship.

Travel demand this year is expected to recover but to 43 percent of pre-pandemic 2019 levels, the organization said, putting passenger numbers at 2.4 billion, roughly half of the 4.5 billion two years ago.

Vaccinations in the United States began earlier than in nations like Japan and the Centers for Disease Control and Prevention said in its recent update that fully vaccinated travelers do not need to get tested before either domestic or international travel unless their destination requires it.