LONDON – The United Kingdom and the European Union reached a landmark free trade agreement Thursday after nine months of intense negotiations, in a move that is likely to provide a relief for Japanese automakers.

Japan’s car manufacturers had threatened to quit the country in the event of a no-deal and the imposition of tariffs of 10 percent on exports to the European Union.

British Prime Minister Boris Johnson praised the deal, saying it offered certainty for businesses, including the car industry, while allowing the country to “take back control of our laws and destiny.”

Addressing the European Union, Johnson said, “We will be your friend, ally, supporter and…your No. 1 market.”

The deal is estimated to be worth 660 billion pounds ($895 billion) per year and maintains tariff and quota free access in goods.

Mike Hawes, chief executive of the Society of Motor Manufacturers and Traders, also welcomed the deal, saying it provided “a platform for our future relationship.”

However, he said more details are needed on rules of origin to ensure goods have sufficient local content to benefit from zero tariffs in a free trade area and future regulatory cooperation.

“A phase-in period is critical to help businesses on both sides adapt and efforts should now be sustained to ensure seamless implementation, with tariff-free trade fully accessible and effective for all from day one,” he added.

The auto industry has been particularly concerned about rules-of-origin requirements.

According to government documents, the deal ensures modern rules of origin and that electric vehicles made in the United Kingdom will be eligible for preferential tariff rates. 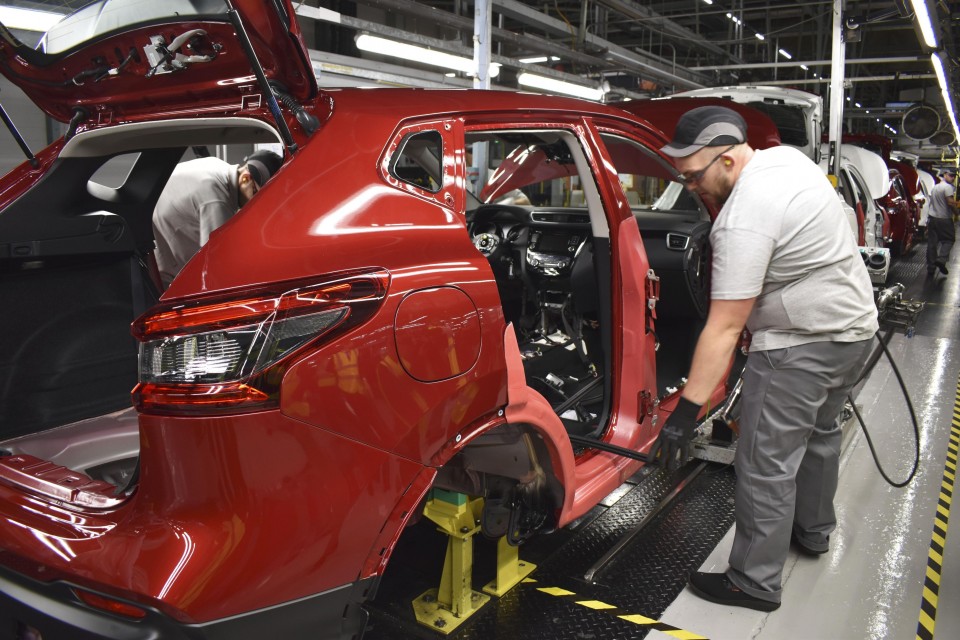 Nissan Motor Co. has Britain’s largest car plant, a facility in Sunderland with a workforce of about 7,000, and manufactures the Leaf electric vehicle as well as the Juke and Qashqai compact sport utility vehicle models. Toyota Motor Corp., which has been in Britain since 1993, makes three versions of the Corolla sedan, including a hybrid version.

Despite the deal, there are concerns that exporters will be subject to additional paperwork at the border and there could be costly delays. The auto industry relies on a constant supply of parts from mainland Europe.

The SMMT says preparing for Brexit has cost the industry 735 million pounds and that companies have been stockpiling components at additional cost.

The deal aims to create a level playing field between the United Kingdom and the European Union. If either side feels that it is being undercut on subsidy, labor, social or environmental policy, it can take retaliatory measures following arbitration.

Since the departure from the European Union, the country has signed several trade deals, including one with Japan. Negotiations are ongoing with the United States and Australia.

Formal negotiations on an exit deal began in 2017 with then Prime Minister Theresa May. Her plan was to keep the United Kingdom closely tied to the EU customs union. Many in her party were unhappy with this approach and she stepped down in 2019 to be replaced by Johnson who went on to win a general election with a commanding majority.

The terms of the United Kingdom’s departure were agreed at the end of 2019.