TOKYO – Prime Minister Yoshihide Suga on Monday denied the need to declare another national state of emergency, even as the latest surge of coronavirus cases sent cumulative infections in Japan to over 200,000 and health experts warned that the medical system is becoming strained.

Speaking in a prerecorded TV interview, Suga said the government may instead ask restaurants and bars to further shorten business hours in a bid to curb the spread of the novel coronavirus.

Suga has been reluctant to repeat his predecessor Shinzo Abe’s decision in April to declare a nationwide state of emergency, vowing instead to strike a balance between fighting the pandemic

Suga, who has seen approval ratings for his Cabinet plunge amid public dissatisfaction with his COVID-19 response, has promised to procure enough vaccine by the first half of 2021.

The government has supply agreements with pharmaceutical companies Pfizer Inc. and AstraZeneca Plc for 120 million vaccine doses from each, sufficient for most of the country’s 126 million residents. It also has a contract with Moderna Inc. for another 50 million doses.

While Japan is fairing much better in the pandemic than hard-hit countries like the United States, it has been experiencing record numbers of daily infections since last month, with the New Year holidays, normally one of the busiest travel seasons, approaching.

Cumulative infections in the country topped 200,000 on Monday, taking less than two months to double. It took nine and a half months from when the first case was diagnosed in January to reach the 100,000 mark. The overall death toll stands at just under 3,000.

The steady rise of cases spurred the government to announce last week the halt from Dec. 28 to Jan. 11 of its nationwide “Go To Travel” subsidy campaign, aimed at encouraging economic recovery by promoting domestic tourism.

Roughly a quarter of the cases have occurred in Tokyo, where the alert regarding the strain on the capital’s medical system was raised to the highest level on Thursday, when it logged a record 822 daily cases. It reported 392 cases on Monday, bringing its cumulative total to 51,838.

In a press conference, Tokyo Gov. Yuriko Koike urged people to stay at home with their families and refrain from going outside as much as possible during the holidays.

“I understand this is a special time of the year. But this year, please prioritize your life and the lives of those around you,” she said.

Koike said the capital will provide financial support to hospitals that accept COVID-19 patients between Dec. 29 and Jan. 3, 2021. The metropolitan government will pay 300,000 yen ($2,900) per patient each day to medical facilities that treat individuals with severe symptoms, and 70,000 yen when they accept people with more moderate symptoms.

Pharmacies that operate eight hours or more per day during the period will receive 30,000 yen a day, Koike said.

The surge has increasingly strained hospitals that are also bracing for the flu season, prompting the Japan Medical Association and eight other health organizations on Monday to declare a “medical state of emergency.”

JMA President Toshio Nakagawa called on the government to take more steps to fight the pandemic, telling a press conference that “effective measures against infections will also serve as the most effective economic measures.” 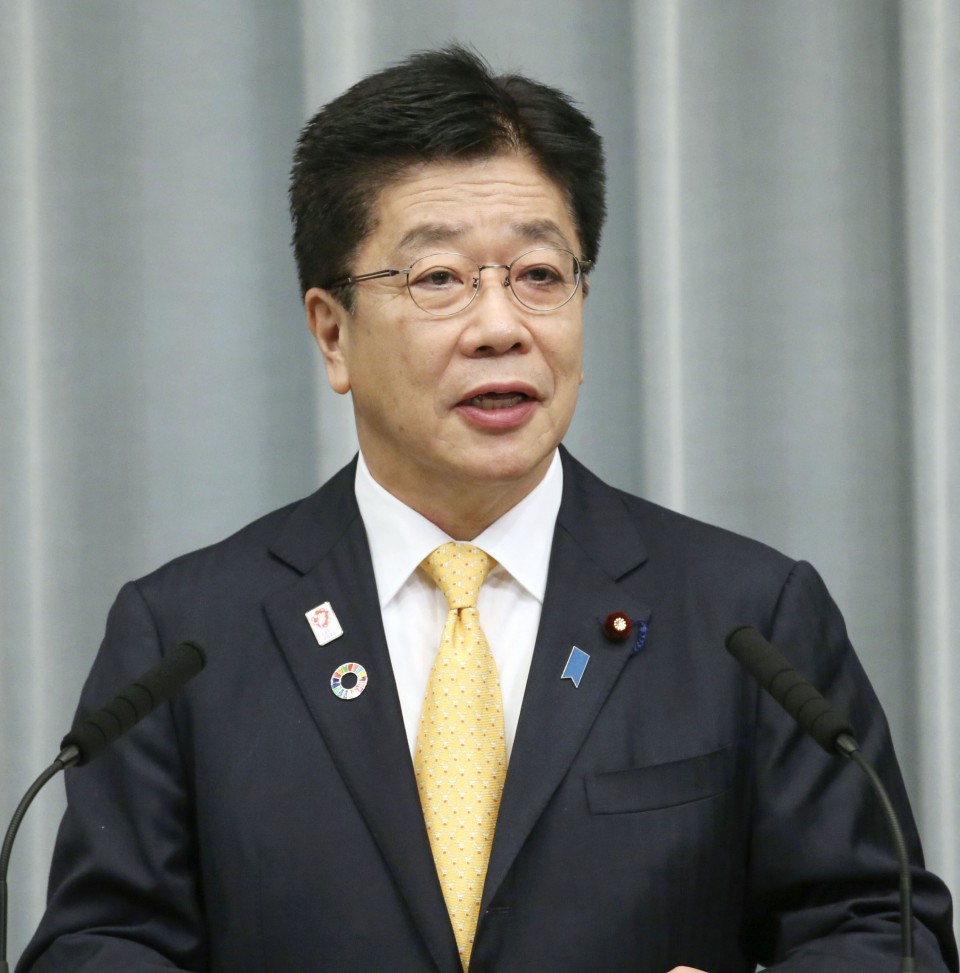 The government’s top spokesman, meanwhile, said Japan has yet to find any cases of a new fast-spreading strain of the coronavirus that has been detected in Britain and other parts of the world.

Chief Cabinet Secretary Katsunobu Kato told a press conference the health ministry is in close contact with the British government and the World Health Organization, adding there were no immediate plans to tighten travel restrictions.

Several countries including Belgium, France, Germany, Italy and the Netherlands have halted flights from Britain after the new strain was found to be causing a rise in infections in London and southeast England.

Japan already denies entry to foreign nationals without resident status who have recently been to most other parts of the world including Europe, with some exceptions for humanitarian reasons. The country saw just 56,700 foreign visitors in November, a 97.7 percent dive from a year earlier.

British health experts have said the new strain could be up to 70 percent more transmissible but there is no evidence at present of it being deadlier or reducing the effectiveness of vaccines.

Kato said the government would release information on the new strain to the public as it becomes available in an “appropriate manner.”