With infections in Hokkaido exceeding more than 100 for the fourth straight day through Sunday, the latest figure bought the prefecture’s cumulative total to 4,198. Health experts said cold weather was likely responsible for the increase.

As winter approaches, the number of infections in the country has been running high, with Tokyo, home to around a 10th of the country’s population, reporting 157 cases on Monday following 189 recorded the previous day. The capital’s cumulative total reached 32,767.

“We need to deal with the situation with maximum vigilance,” Prime Minister Yoshihide Suga said at an executive meeting of his Liberal Democratic Party in Tokyo, after the number of new daily coronavirus cases in the country topped 1,000 on Thursday for the first time in more than two months and exceeded that level for three straight days through Saturday.

A government subcommittee made up of health experts presented a set of proposals calling on authorities to step up measures against clusters of infections and strengthen quarantine procedures.

Shigeru Omi, head of the panel, warned that the rise in the number of infections “could drastically change” if the proposals, which also included increasing the amount of multilingual information for foreign communities, are not adequately put in place.

In response to the recent surge of infections in Hokkaido, Chief Cabinet Secretary Katsunobu Kato hinted at the possibility of excluding the popular tourist destination from the central government’s domestic travel promotion campaign, depending on the outcome of the subcommittee’s discussions.

The experts have said that the rising infections in Hokkaido and other northern areas could be the result of people spending time in poorly ventilated rooms as temperatures drop.

On Saturday, the Hokkaido government raised its own five-level pandemic alert one step to the third most severe, meaning stronger measures are needed to prevent the medical system from experiencing increasing and continuous strain.

The prefectural government has called for nightlife establishments, such as hostess bars and host clubs, in the entertainment district of the capital Sapporo not to operate from 10 p.m. until 5 a.m. the following morning.

Under the measure introduced the same day that will remain in place through Nov. 27, restaurants are not asked to shorten their business hours but are requested to refrain from serving alcohol after 10 p.m.

In late February, Hokkaido Gov. Naomichi Suzuki declared a state of emergency and asked residents to refrain from nonessential outings, more than a month before the central government did so for seven of the nation’s densely populated prefectures. The state of emergency was later expanded to the entire country. 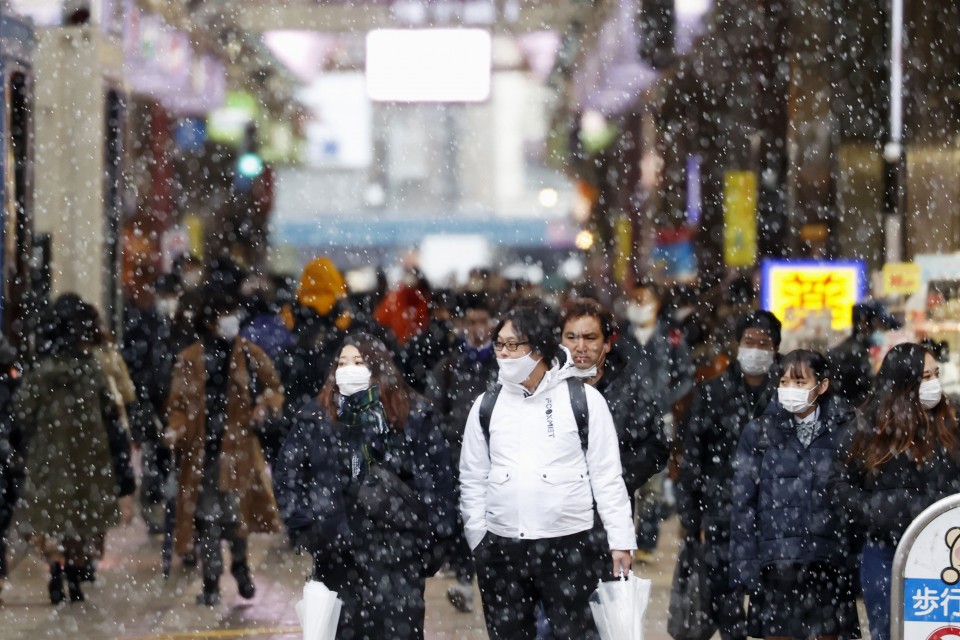