TOKYO – Migration to OECD member states nearly halved in the first half of 2020 from a year earlier, marking the biggest fall on record due to the novel coronavirus pandemic, the Paris-based organization said in a recent report.

Amid restrictions on international travel imposed by many countries to curb the virus spread, the number of new issuances of visas and permits for immigrants by the 37 Organization for Economic Cooperation and Development member nations dropped 46 percent in the January-June period from a year earlier, the report said.

Japan and South Korea, which also temporarily invalidated previously issued visas, posted drops in the issuances of temporary and longer-term visas of 64 percent and 75 percent, respectively.

Likewise, Chile, Greece and the United States saw such numbers halving, according to the OECD.

Citing pandemic-caused suspension of consular services to screen applications as another factor, the OECD said the decline in the six-month period was “the largest drop ever recorded” in the OECD countries, which accepted a total of 5.3 million permanent migrants in 2019.

“The past decade has seen encouraging progress on migration policies and integration as well as on international cooperation on migration management,” the report said. “Today, there is a risk that some of the progress in migration and integration outcomes may actually be erased by the pandemic and its economic fallout.”

“Overall, 2020 is expected to be a historical low for international migration in the OECD area,” it said.

The OECD forecast that migration flows will not bounce back to previous levels “for some time,” citing weaker labor demand, ongoing travel restrictions and wider adoption of teleworking and remote learning. 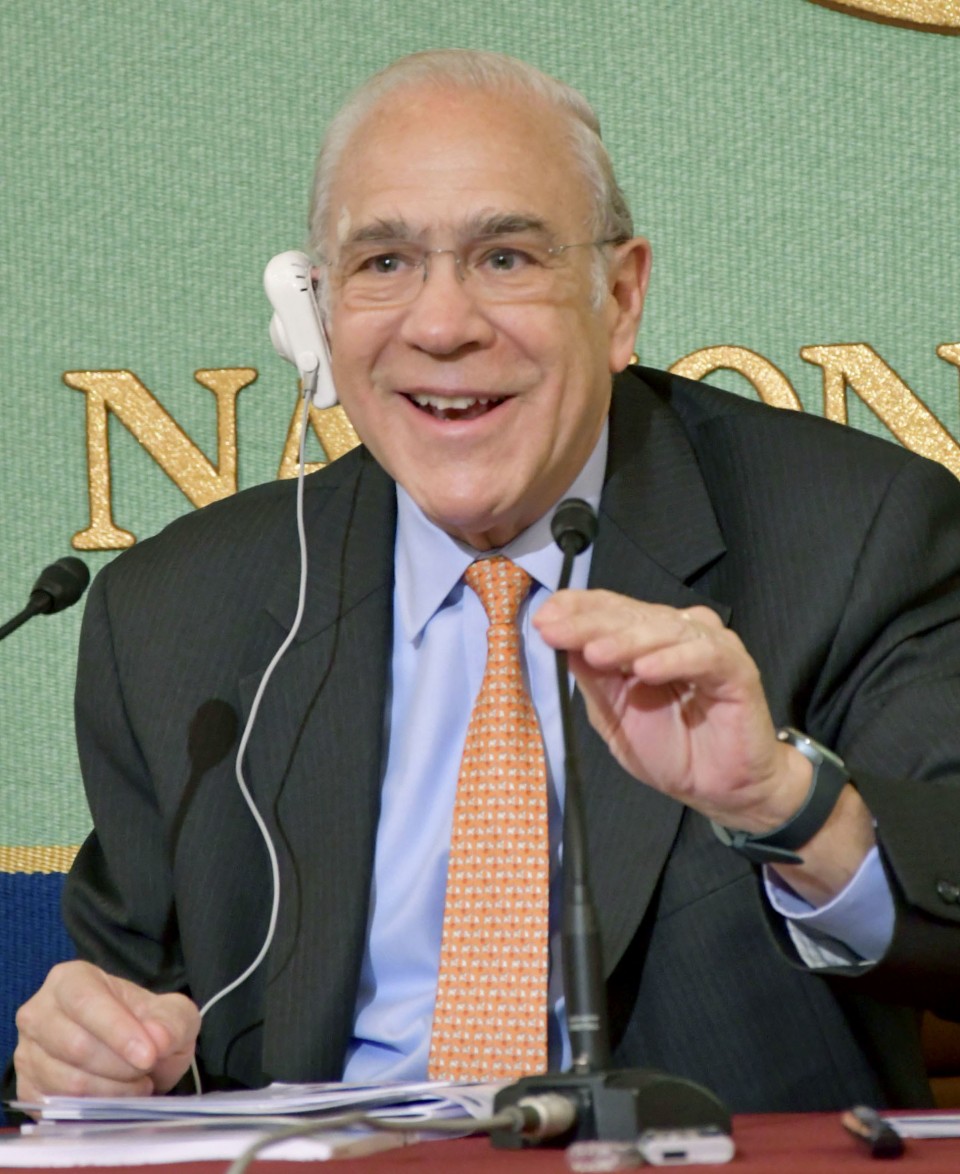 Angel Gurria, secretary general of the Organization for Economic Cooperation and Development, speaks at a news conference in Tokyo on April 15, 2019. (Kyodo) ==Kyodo

The report emphasized the “key contributions” made by migrants on the frontline of the COVID-19 crisis. They account for a large share of the workforce in OECD nations’ essential sectors such as health care, where 24 percent of doctors and 16 percent of nurses are immigrants.

The OECD also said that some studies have found that the infection risk of immigrants is more than twice as high as that of native-born people, due to their work at the forefront and vulnerabilities stemming from bad housing conditions, poverty and other factors.

In addition, many migrants work in the most virus-affected industries including the hotel, restaurant, catering and tourism sectors, and hold temporary work contracts, which led to sharper rises in their unemployment rates compared to those of locally born people, the report said.

OECD Secretary General Angel Gurria emphasized the importance of migration, saying it “will continue to play an important role for economic growth and innovation, as well as in responding to rapidly changing labor markets.”

“We need to avoid rolling back on integration and reaffirm that migration is an integral part of our lives,” Gurria said.