WASHINGTON – U.S. President Donald Trump is in a stable condition in his recovery from the disease caused by the coronavirus and he can safely return to public engagements on Saturday, his physician Sean Conley said.

“Saturday will be day 10 since Thursday’s diagnosis (of his infection), and based on the trajectory of advanced diagnostics the team has been conducting, I fully anticipate the president’s safe return to public engagements at that time,” Conley said in a memorandum released by the White House Thursday evening.

The 74-year-old president has been eager to return to the campaign trail, with only weeks left until the Nov. 3 election.

National polls have shown Democratic presidential nominee Joe Biden, a 77-year-old former vice president, is widening his lead over Trump in the wake of the chaotic first presidential debate last week and the news of Trump’s coronavirus infection.

Earlier Thursday, both the Trump and Biden campaigns proposed postponing the next planned debate by a week to Oct. 22.

The proposals came after the Commission on Presidential Debates said the Oct. 15 debate — the second of three pre-election head-to-heads between the men — would go virtual to “protect the health and safety of all involved,” apparently taking into consideration that Trump could still be contagious even if he has recovered enough to face off with Biden.

But Trump said in the morning he believes that he is no longer contagious and refused to participate in a virtual debate.

“I’m not going to waste my time on a virtual debate, that’s not what debating is all about,” Trump said in a phone interview with the Fox Business channel.

“You sit behind a computer and do a debate — it’s ridiculous. And then they cut you off whenever they want,” he added.

The Biden campaign then issued a statement proposing the commission move the Oct. 15 debate to Oct. 22 so that the president is “not able to evade accountability” by refusing to attend the event. 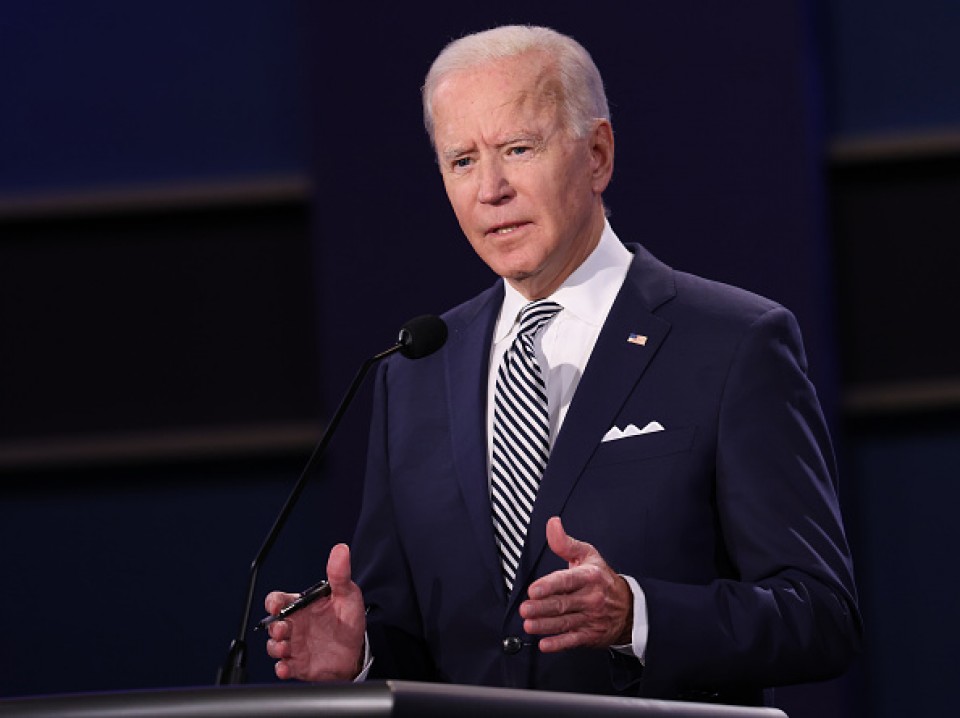 The Trump campaign followed up by saying, “We agree that this should happen on Oct. 22.”

Additionally, the Trump campaign said the third and final debate should then be shifted back one week to Oct. 29, which would fall just days ahead of the Nov. 3 presidential election.

But the last proposal met with objections from the Biden camp, leaving the fate of the third debate up in the air.

“Trump chose today to pull out of the Oct. 15 debate. Trump’s erratic behavior does not allow him to rewrite the calendar, and pick new dates of his choosing,” Kate Bedingfield, a deputy campaign manager for Biden, said in a statement.

“We look forward to participating in the final debate, scheduled for Oct. 22, which already is tied for the latest debate date in 40 years. Donald Trump can show up, or he can decline again. That’s his choice,” she said.

The Trump campaign has asserted that a virtual debate would be a “gift” to Biden, charging it would allow him to “rely on his teleprompter” to guide his talking points.

While traveling to battleground states to deliver campaign speeches, Biden, who is known to be gaffe-prone, has not taken questions from reporters on many occasions, fueling speculation that he may be avoiding impromptu exchanges.

The first presidential debate, held on Sept. 29, was widely panned as Trump made persistent interruptions when Biden was speaking and often talked over him, while both candidates exchanged insults.

Trump revealed last Friday that he had tested positive for the virus. He stayed three nights at a hospital before returning to the White House on Monday.

It remains unclear when the president last tested negative for COVID-19, the respiratory illness caused by the virus.

The Centers for Disease Control and Prevention says on its website that a person who has COVID-19 should isolate for at least 10 days, or up to 20 days for those who are struck down with a severe case.