WASHINGTON – U.S. Secretary of Defense Mark Esper has urged allies worldwide to increase their defense spending to at least 2 percent of gross domestic product amid threats posed by China, Russia and other actors, the Defense Department said Thursday.

The remarks were in line with President Donald Trump’s argument that allies should pay their “fair share.” The president has repeatedly expressed frustration over the failure of members of the North Atlantic Treaty Organization to meet a target of spending 2 percent of their GDP on defense.

“To our allies and partners around the world, know that we are committed to strengthening our relationships and preserving the international rules-based order,” Esper said in a speech he made Wednesday at the Rand Corporation, a research organization created in 1948 initially to offer research and analysis for the U.S. military.

“We urge you to increase your defense spending to at least 2 percent of GDP, and to make the needed investments to improve your capabilities and capacity, just as we are doing with our armed forces, to achieve our shared goals — that is to protect our mutual interests, preserve our security, and defend our common values,” he added, according to a transcript made available from the department.

Japan’s defense budget has been on the rise from fiscal 2013 and has remained above 5 trillion yen ($48 billion) since fiscal 2016 as the country seeks to counter China’s maritime assertiveness and North Korean missile threats. It has also spent nearly 200 billion yen annually on the stationing of U.S. forces in the country.

But the defense budget of Japan, based on an exclusively defense-oriented posture under the war-renouncing Constitution, has long stayed at around 1 percent of the country’s GDP, according to data from the Stockholm International Peace Research Institute. 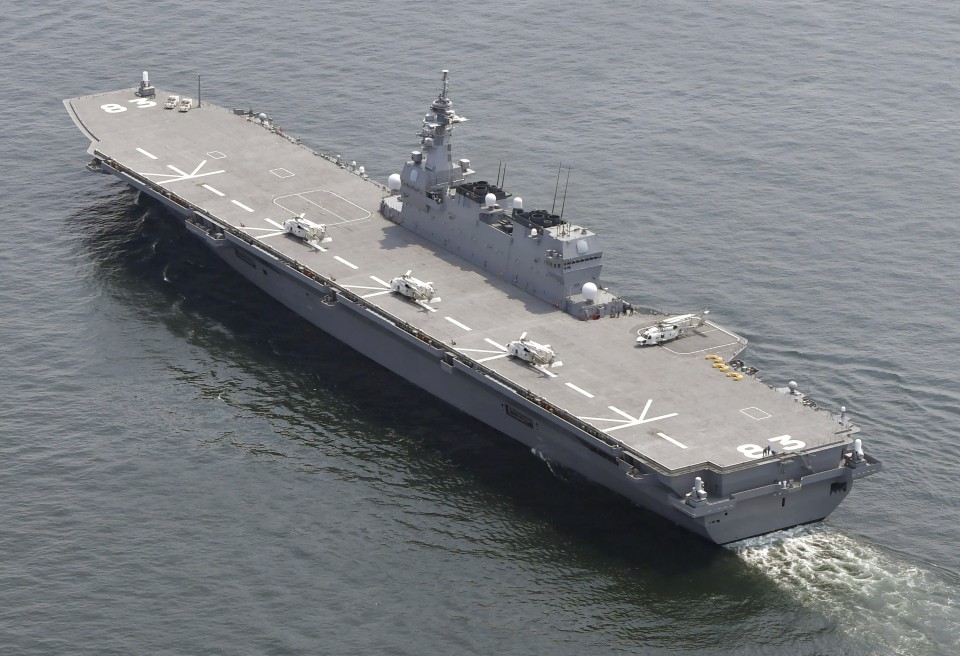 In fiscal 2019, Japan’s defense spending stood at 0.9 percent of its GDP, a lower rate than other U.S. allies such as South Korea’s 2.4 percent, Britain’s 1.7 percent and France’s 1.8 percent, the Japanese Defense Ministry’s most recent annual defense report shows.

Germany, whose defense spending was about 1.3 percent of its GDP, has been criticized heavily by Trump for being “very delinquent” in achieving the 2 percent spending goal, which NATO members have agreed to move toward by 2024.

In June this year, Trump said he would remove thousands of U.S. troops from Germany, leading to an announcement from the Defense Department the following month about the “repositioning” of 11,900 personnel who have been stationed in Germany to other locations.