TOKYO – Complaints between neighbors over noise have been on the rise in Tokyo of late, even leading to a murder case, as many people are frustrated at being compelled to stay home for an extensive period to slow the spread of the coronavirus.

Tokyo police received 24,245 phone calls reporting excessive noise in March and April, up 28.5 percent from the previous year. The period coincides with school closures prompted by a government request as well as the state of emergency declared for the capital on April 7, which is set to last until May 31.

The alarming trend has prompted some experts to call for intervention by neutral third-party organizations at an early stage to settle the problems.

In the most extreme case, a 38-year-old construction worker was stabbed to death over a noise complaint on May 4 while visiting his parents’ home in Tokyo’s Adachi Ward with his family.

Shizuharu Hiruta, 60, who lived in the same apartment building as the victim’s parents, was arrested on the spot and told investigators he “could not stand the loud footsteps and voices.”

The following day, 80-year-old Senji Takahashi slashed a 62-year-old neighbor with a knife in the capital’s Edogawa Ward, saying he was annoyed by noises his neighbor made.

The police said the reports they have received also appear to reflect high stress levels caused by having to stay at home for weeks on end, and worries over the virus. 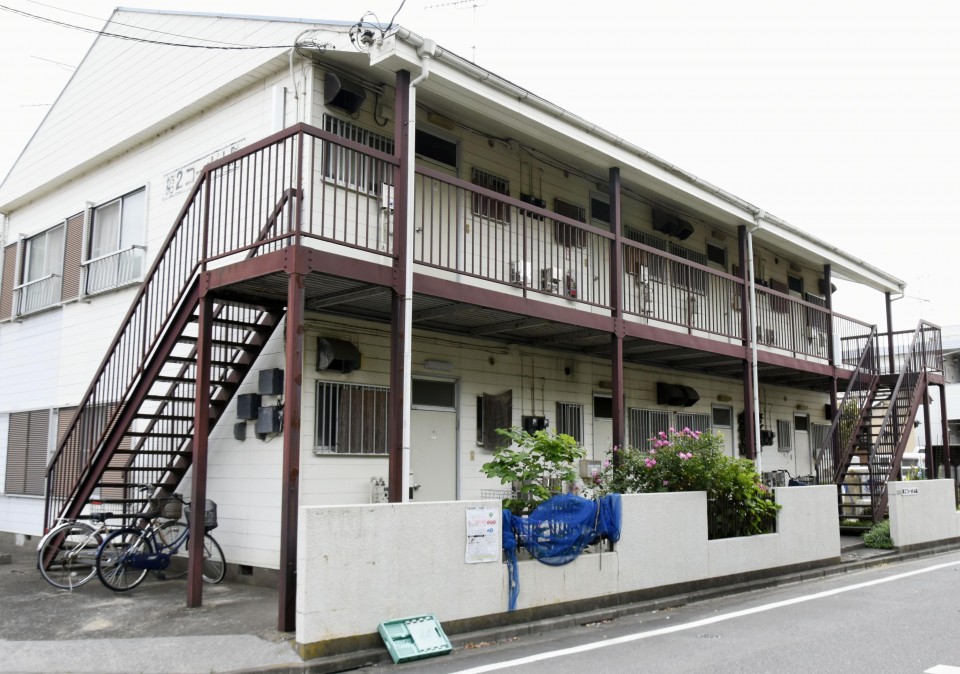 (Photo taken May 15, 2020, shows an apartment building in Tokyo’s Adachi Ward where a man visiting his parents there was stabbed to death by a neighbor who complained about noise from the room.)

Many of the complaints concern people gathering in groups and not following authorities’ instructions to refrain from going out, such as children playing at playgrounds.

“I think some people have become sensitive to things that did not bother them before,” said a senior official of the Metropolitan Police Department.

Noise was already the leading cause of trouble between neighbors in Japan long before the virus pandemic.

In fiscal 2018, 15,665 noise complaints were made to the government’s Environmental Dispute Coordination Commission, accounting for 32.9 percent of the total, and making noise the most reported source of friction between neighbors for the fifth straight year.

Norihisa Hashimoto, professor emeritus of the Hachinohe Institute of Technology in Aomori Prefecture, who heads the General Research Laboratory of Noise Problem, pointed out that those involved in noise complaints often feel they are the victims.

People who are the subject of such complaints start feeling they are victims of unreasonable claims, while those who make the complaint become more frustrated over time, leading to the deterioration of the problem.

“To bridge the gap between the parties involved, a third party, such as a specialized organization for hearing their stories neutrally, is needed,” said Hashimoto.

“It is important for people to try to improve their relationship rather than feeling victimized,” he added.